Janet Smith, Ph.D., a seminary professor and internationally-known author and speaker, provides important context for why Humanae Vitae is considered the most controversial, and one of the most important, encyclicals promulgated by the Church in modern times. She discusses how this document written by Blessed Pope Paul VI served to prophetically warn the world of the dire consequences associated with artificial contraception and faithfully witness to the beauty of God’s plan for sex within marriage.

Last month’s Catholic CD or Catholic MP3 of the Month:
– “A Scriptural Walk Through the Mass by Dr. Edward Sri”
– Available now to the general public both in both CD or as downloadable MP3

“Great overview of the history and the truth of Humanae Vitae. Pope Paul VI pray for us!”
– Cory Jane – Baraboo, WI

“Dr. Smith is so clear on what she is speaking of and made sense of fifty years of controversy in a short period of time. I loved it!”
– Eric – Omaha, NE

A Scriptural Walk Through the Mass
by Dr. Edward Sri

Has the Sexual Revolution Been Good For Women?
by Mary Eberstadt

The Holy Spirit: Third Person of the Trinity
by Fr. Shannon Collins

Full of Grace: The Message of the Angel
by Vinny Flynn

Could God Love Someone Like Me?
by Fr. Michael Schmitz 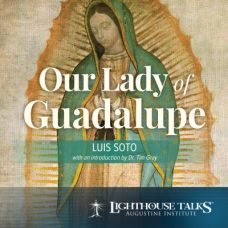